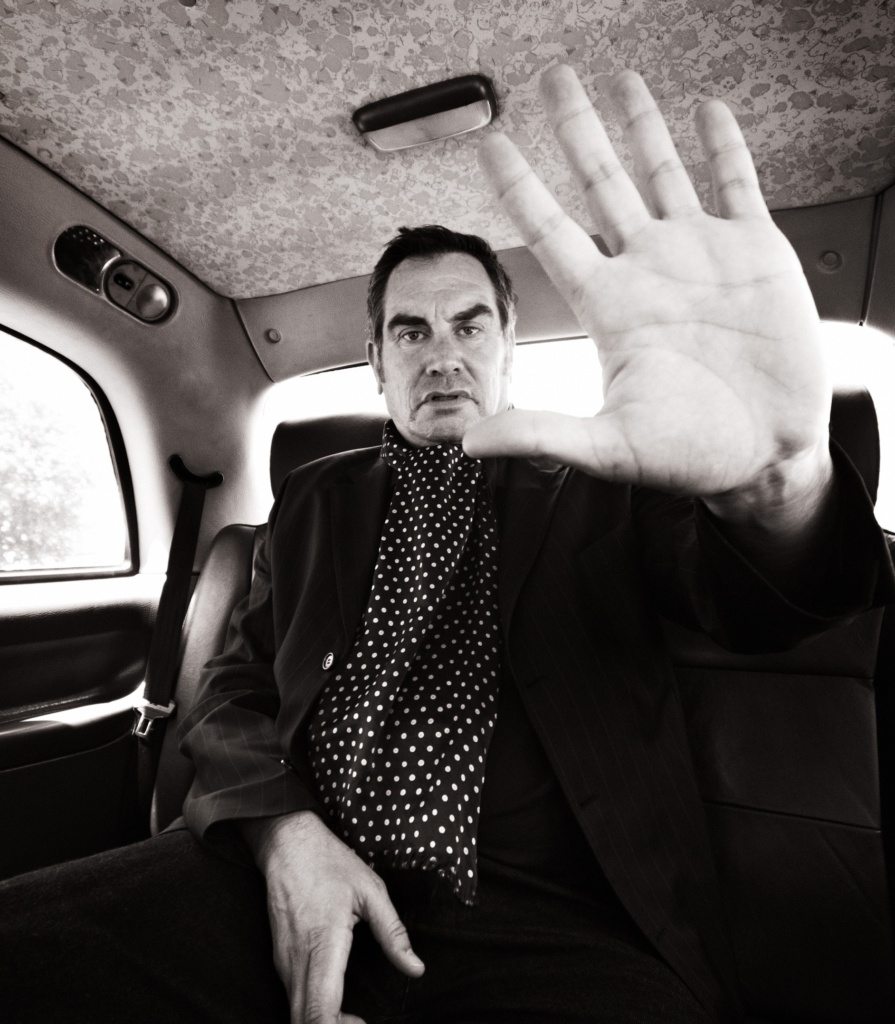 Mark Stewart is an artist, vocalist, producer, and songwriter from Bristol. As a founding member of The Pop Group and as a soloist, Stewart has remained an anarchic and pioneering figure since the punk era, a constant source of discordance amongst the frontiers of post-punk, dub, industrial and electronic music.

In a body of work driven by an explosive form of lyricism and inspired by radical politics, protest movements, theory, philosophy, technology, art and poetry, Stewart has fearlessly cultivated a revelatory collision of ideas, ideals, and influences throughout an indisputably groundbreaking and seditious career.

Empowered by the DIY incentives of punk Stewart initiated The Pop Group in 1977, subsequently producing some of the most original and combative music of both the post-punk and contemporary era. From 1977 until 1980 Stewart led the charge in a group that completely eschewed punk’s formalism for something far greater. Producing epiphanic, irrepressible anthems, including She Is Beyond Good & Evil and We Are All Prostitutes, both in 1979, as well as masterful, seminal albums including Y in 1979 and For How Much Longer Do We Tolerate Mass Murder in 1980, The Pop Group ignited the revolutionary aesthetic potential of post-punk.

The impact of this first incarnation left an immensely significant legacy, ultimately leading to the group’s reformation in 2010. With 2015’s refined return Citizen Zombie and 2016’s audacious left-turn Honeymoon On Mars, the group emphatically renewed their relevance, proving as incendiary as ever. Stewart continues to operate as a crucial impetus in the bands ongoing mission, one that has continued apace with worldwide tours as well as the 40th anniversary reissue of Y in 2019 and the acclaimed release of Y in Dub in 2021.

As for Stewart’s solo career, the story begins in 1980, with Stewart’s exposure to the sounds he had heard during a visit to New York the same year. The virtuosic scratching and early hip hop propagated by Kiss FM’s Kool DJ Red Alert, coupled with the impact of a pile driver at a construction site Stewart happened to encounter there, was enough to encourage his visionary next step. In 1982 Stewart consolidated these encounters into coherent possibilities, forming a group called The Maffia and linking up with producer Adrian Sherwood and his cutting-edge label On-U Sound.

Alongside a rotating cast of session players, initially comprised of members of African Head Charge, Creation Rebel & Dub Syndicate, and later made up of Doug Wimbish, Keith LeBlanc and Skip McDonald (the erstwhile rhythm section of The Sugarhill Gang) Stewart & The Maffia fashioned an abrasive confection of dub reggae, early hip hop and industrial noise that was shattering, seismic and completely ahead of its time. Headed by an iconic version of William Blake’s eponymous ancient poem, Stewart & The Maffia unveiled the Jerusalem EP in 1982, swiftly followed by their cult 1983 LP Learning To Cope With Cowardice. Stewart later moved to Mute Records in 1985 for the ferocious proto-industrial militancy of As The Veneer of Democracy Starts to Fade and successive appearances on the label continued to break untold new ground, from 1987’s Mark Stewart to 1990’s Metatron and 1995’s Control Data.

Stewart has continued to plot an utterly uncompromising and individual course into the millennium and beyond with a streak of solo material that has included Edit, The Politics of Envy, The Exorcism of Envy and Experiments. Preserving his vociferous energy and defiant stance whilst advancing, as always, into unfamiliar territories, this work bears all the traces of Stewart’s enduring severity and modernism, an exploratory power reinforced by a host of legendary collaborators and artistic descendants including the likes of Primal Scream, Keith Levene (Public Image Ltd / The Clash), Richard Hell, Kenneth Anger, Daddy G (Massive Attack), Lee ‘Scratch’ Perry, The Bug, Kahn (Kahn & Neek, Young Echo) and Factory Floor.

Between his duties in The Pop Group, throughout the 2010s, Stewart has remained selectively active. In recent years, this has involved solo contributions to the On-U Sound compilations Pay It All Back Vol. 7 (2019) and Pay It All Back Vol.8 (2022), with the tracks Favour and Storm Crow respectively. Predominantly Stewart has been focused on collaboration. In 2019 Stewart spearheaded the one-off collaborative single A Very British Coup – a response to Brexit which featured Jah Wobble (Public Image Ltd), Youth (Killing Joke), Keith Levene, Richard Dudanski (Public Image Ltd), and Andrew Weatherall, and in 2020 featured on a two-track outing with the Italian collective Obsolete Capitalism entitled Chaos Variation IV. Further collaborative work has followed, in the form of the 2021 release Mondo Decay as well as the companion release Stealth Empire In Dub by Algiers side project Nun Gun.

Stewart continues to exert an inestimable impact on a disparate range of ensuing artists and scenes. His work has been acknowledged and celebrated as a vital inspiration by the likes of Nick Cave, Trent Reznor (Nine Inch Nails), James Murphy (LCD Soundsystem), Tricky, Massive Attack, St Vincent, and countless others, while his eye for unorthodox extremity has instigated myriad new evolutions, blueprinting industrial, trip-hop, noise-hop, dance-punk, and many other subsequent conceptions.

Through a staunch, unrelenting desire to confront, deconstruct and make anew, Stewart has become one of the most influential and forward-looking luminaries of post-punk, or indeed, any other form of music. An artist often imitated but never bettered.